We’ve been busy. Really busy. And that’s cut the time we have to record to next to zero. It’s also cut down our ability to polish and publish the recordings we’ve done. Consequently we’ve got several episodes pending that haven’t seen the light of day yet. But feel free to head over to the GTFOutcast YouTube Channel to watch them.

A couple of maps caught my eye today over at the Washington Post. The first is a map that HSBC put out showing the best and worst countries to be an expat in. Some of the factors don’t apply to your average GTFOuter, such as expat salaries and the ability to own property, so take it with a grain of salt.

The second map shows the countries most and least friendly towards foreigners. This one was released by World Economic Forum. Some surprise good news for travelers across North Africa and the Middle East. That’s nice to know. And some surprising results from Latin America as well.

Hi. Beau here. I was watching a few TEDx videos tonight and thought you’d like to see them. They’re funny, information shorts on how to get inspired to GTFO of whatever you need to FTW.

Lots of good lessons here, including the exercise of “what’s the worst that happens?” He realized, as I did, that he was in a worse place than if I’d failed at doing what I was thinking of. That’s part of the battle – knowing you should live your dream. What’s the worst that could happen to you?

Adam talks about the next part, how to launch yourself into doing whatever you want. His hurdle was debt addiction and an “upgrade everything” mentality. What’s yours?

Work isn’t worthless but your job is. It’s trash – smieci – in my broken Polish. Leave your job and find your work. Disrupt your life as it’s become and reset it to what you need to do to be happy. Even if it’s not your job. Live every week like it’s Shark Week. Is your job what makes you happy?

All the videos address the scripted nature of the reality show of our lives. (You knew those are scripted these days, right?) Break the cycle. Go off script. Make your life a story worth watching, whether it’s a 3D IMAX or a sitcom. This is your life. Live your dreams. 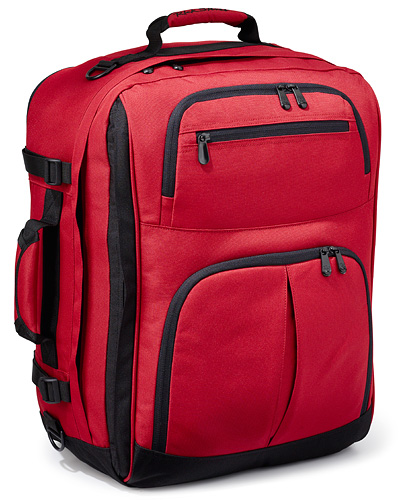 A few years ago I did a review of the Rick Steves’ Convertible Carry-On bag. Since then I’ve ended up using it a lot. In fact, it’s my primary travel bag. I use it both for long-hauls, when moving continents, as well as for shorter trips, like a weekend jaunt. It’s proven to be indispensable. When I first reviewed it I didn’t fully appreciate the bag’s greatness. But I want to set the record straight now. First, the original review:

I’m very picky about what I carry so my requirements are fairly strict. First, I want something I can put on my back or over my shoulder backpack style – roller bags are for dorks. Second, it’s got to fit in the overhead compartment and/or under the seat in front of me – checked bags are lost bags. Third, it’s got to be able to fit my basic outfits: 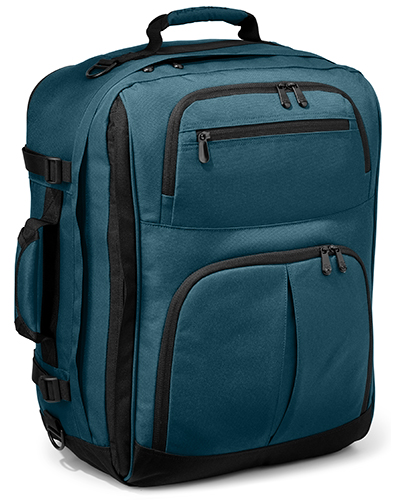 Those are the minimum things that I look for in a bag. Other niceties are things like someplace to put extra books, roller wheels (hey, sometimes my shoulder gets tired), internal structure, tie and belt compartments, lightweight, etc.

I took the Rick Steves’ Convertible Carry-On on my trip to Dallas. I’ve had it for a while but just didn’t put it to much use. So I pulled it out of the attic and opened it up. The bag is at the maximum allowable size for carry-on luggage by most airlines, which makes the interior cavernous. Also it expands a couple of inches. As far as carry-ons go, this is as big as you’re likely to find.

I put all of my stuff in it and still had room to spare. There was a good amount of room for my suit and business shirts and I locked them in with the internal straps so they wouldn’t go anywhere when I slung it on my back. Unfortunately everything else sagged to the bottom.

The bag is kind of lumpy and awkward. Even filling it up took effort as I had to lay it out, move it around, fit my clothes in, and move it around more. It’s like filling up a grocery sack – if you’ don’t just cram stuff in it’s not going to be pretty. And wearing it around felt funny. There’s just no structure to it or anything.

Conclusion: If it’s fully packed out, this bag is probably great. But nearly empty it’s just cumbersome. I’s built for trecking across the globe so that’s no surprise. The bag is very light so that’s also good for long hauls, especially in the Winter when you’ve got to pack lots of bulky stuff. But at that point you would probably be better off just grabbing a frame pack and going with that.

I stand by my original thoughts, for the most part. It’s a huge bag. If you haven’t filled it, everything can kind of sags to the bottom. But I found that the side straps actually help a lot to take up some of that slack. WIth the addition of some packing cubes, a shirt folder and some creative packing you can actually manage to keep most things in their place.

But it’s a much better bag than I gave it credit for initially. It’s super versatile. And it’s incredibly light, too. I originally gave the bag a C but I take it back.

A good alternative is the eBags eTech 2.0 Weekender Convertible bag. This one has more structure to it and is slightly less expensive but is very similar to the Rick Steves’ bag reviewed here. If given the choice I’d stick with Rick, but I owned the other bag and it’s very good too.

Taylor and I presented this year at the excellent BSides Las Vegas conference. It was a great time. Yeah I hear you saying “pics or it didn’t happen.” Here you go smarty pants, we got a video of it!

If you like this and want more you ought to check out the GTFOutcast podcast and get social with us. Add GTFOutcast to your Google+ Circles. Follow GTFOutcast on Twitter.

GTFO FTW: Hacking your lifestyle for fun and profit